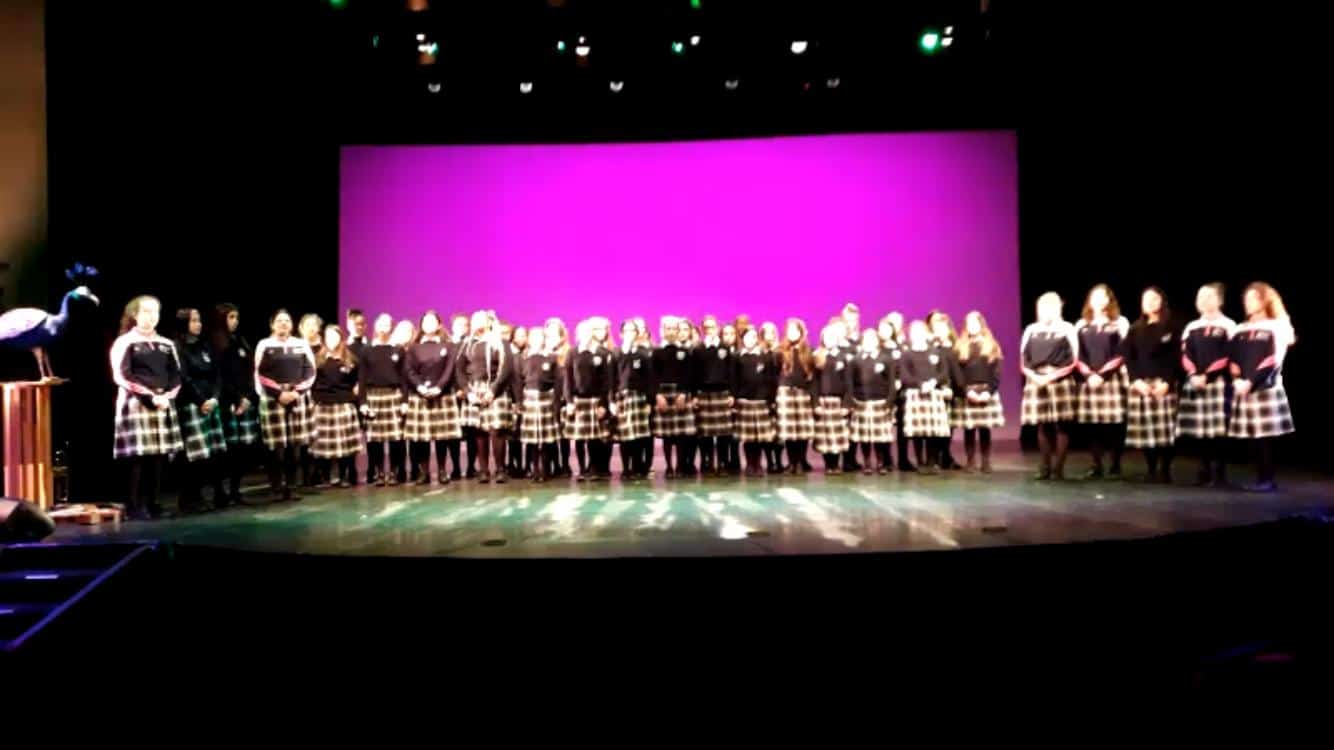 Collaboration with Pres Primary in the Creative Schools initiative reached fever pitch on Thursday when our students performed to a full house in Siamsa Tíre. The show ” No Barriers”included over 20 acts of music, dance and drama. Ms. O Brien accompanied choir and musicians in a signed rendition of Coldplay’s “Fix You” and the traditional “Mo Ghile Mear” Ten of our first years joined ten students from Pres Primary in an original piece “Same Way Too” which was written by themselves. Other students were involved in drama and music recitals. The talent on show was tremendous and a great night’s entertainment was had. Sincere thanks to John Hickey , principal and to Musical Directors Helena Hessessy and Helena Brosnan. (We were especially pleased to be working with the latter Helena as she is an ex student of Pres Tralee.